What we are trying, during all these discussions and talks here, is to see if we cannot radically bring about a transformation of the mind — not accept things as they are. But to understand it, to go into it, to examine it, give your heart and your mind, with everything that you have, to find out a way of living differently.

Once upon a time, there was a Zen student who quoted an old Buddhist poem to his teacher, which says: "The voices of torrents are from one great tongue, the lions of the hills are the pure body of Buddha. 'Isn't that right?' he said to the teacher. 'It is,' said the teacher, 'but it's a pity to say so.'"

Or, so says Alan Watts, in his Lecture on Zen.

Meet the new God. Same as the old God? 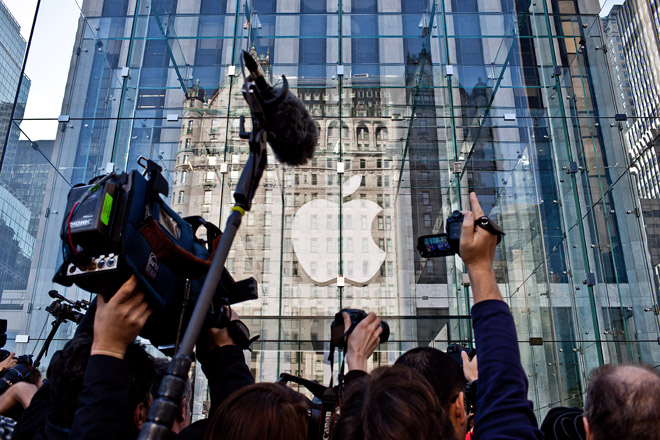 “Much ink has been spilled drafting the Steve Jobs encomium. But Jobs and Apple are interesting for far more than technological prowess — they provide an allegory for reading religion in the information age. They are further evidence that shifts in popular religion throughout history are accompanied by changes in the media environment: when the dominant modes of communication change, so do the frameworks for religious belief. Still, this shift would require a fitting mythology”¦ An ancient Egyptian myth helps illuminate the perennial relationship between media forms and metaphysical belief systems. The Egyptian god Theuth visits King Thamus to show him that writing “once learned, will make the Egyptians wiser and will improve their memory.” Thamus replies by admonishing Theuth that his affection for writing prevents him from acknowledging its pitfalls. Writing does not improve memory but makes students more forgetful because they stop internalizing information. Writing also exposes students to ideas without requiring careful contemplation, meaning they will have “the appearance of wisdom” without true knowledge. The celebration of technological values in the Apple story requires a similar response. The technological values promoted by Apple are part of the Faustian bargain of technology, which both giveth and taketh away. King Thamus’ anxieties about the new media of writing threatening wisdom have been resurrected in digital form. But Jobs confronted the technology paradox by imagining technology as a tool for expanding human consciousness rather than as a means of escape from it. The tension between technology and spirituality was not a zero-sum game for him."

you could use a cup of my famous java

via if we don’t, remember me.

I do not consider myself less ignorant than most people. I have been and still am a seeker, but I have ceased to question stars and books; I have begun to listen to the teachings my blood whispers to me. My story is not a pleasant one; it is neither sweet nor harmonious, as invented stories are; it has the taste of nonsense and chaos, of madness and dreams — like the lives of all men who stop deceiving themselves. -Herman Hesse, prologue to Demian